Home » What is the best number of teams for fantasy football?

What is the best number of teams for fantasy football? 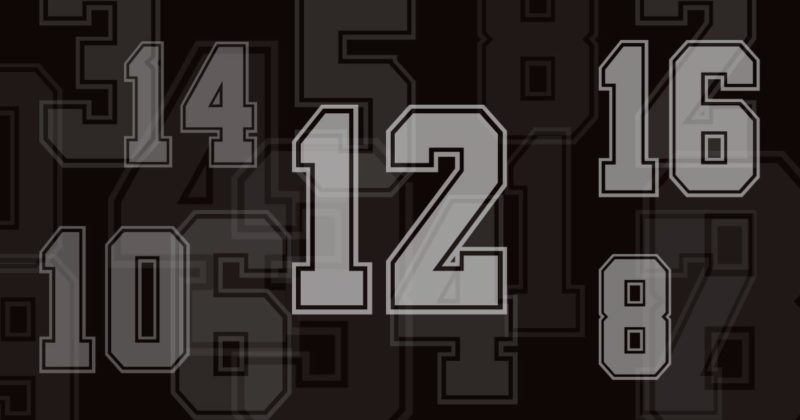 Fantasy football leagues come in all shapes and sizes. Some owners like to play in big leagues. Others prefer to play in small ones.

But what is the best number of teams for fantasy football?

I will make the case today for a variety of different numbers of fantasy teams. But in my opinion, 12 is the best.

Fantasy owners who wish to create the most realistic league possible may choose to participate with 16 teams.

Because there are 32 teams in the NFL, a fantasy football league with 16 teams allows each team to have two starting quarterbacks, tight ends, and defenses on their fantasy rosters. It’ll also give owners the opportunity to two starters at running back and wide receiver.

Unfortunately, the large quantity of teams also leaves little room for error. If you misjudge talent, you could wind up with multiple backup players starting for your fantasy team.

One idea to alleviate injuries is to select team positions. For instance, when you’re drafting you can select “New England’s Quarterback” or “Dallas’ Running Back.” That way, you automatically get the points from that team’s position. Thus, you don’t have to worry about injuries.

Ten fantasy teams is a good number if you desire a league with a fair amount of teams but not too many that would thin out the talent pool.

Ten is a nice round number and is ideal for “points only” leagues, or leagues that don’t have divisions. Or, if you divide your league into two divisions of five, you can play each team in your division twice (8 total games) and then each team in the opposite division once (5 total games). Your playoffs would then begin in Week 14, which is the ideal Round 1 start.

As mentioned, with ten teams, there is enough competition to make sure you’re not playing with “super teams,” but it also allows enough decent players to remain as free agents or on the waiver wire if you need help.

Fantasy owners who desire to participate in a league with few teams and an abundance of talent could choose to go with 8 teams.

Eight teams is ideal for owners who like to see an abundance of scoring and exciting matchups.

If you want to limit how many free agents are available, and how many transactions get made each week, you could choose to go with deeper benches in this format. Rather than owners frequently signing new players each week, they can just find a replacement on their bench.

In an 8-team format, each team can play each other twice (14 total games) and playoffs can begin in Week 15.

A 12-team league is the sweet spot. It provides just enough competition where each team is not stacked with talent. And, depending on the depth of your bench, still offers available talent on the waiver wire.

With a 12-team league, you can divide your league into four divisions of three teams each. You can play each team in your division twice (4 total games) and one game against each non-division team (9 total games). Starting your playoffs in Week 14 is ideal.

With 12 teams, every team can draft two starters at quarterback, tight end, kicker and defense. And it offers a little flexibility for owners to take a third at whichever position they desire. (Or select just one kicker and defense, as most should do.)

Conclusion: 12 the is best number of teams for fantasy football

When it comes down to it, choosing the right number of teams for your fantasy football league is a personal preference. You should poll your fellow owners to find out what the majority thinks.

But from a league structure standpoint, and taking into consideration roster size and the size of the player pool, 12 is the best number of teams for fantasy football.