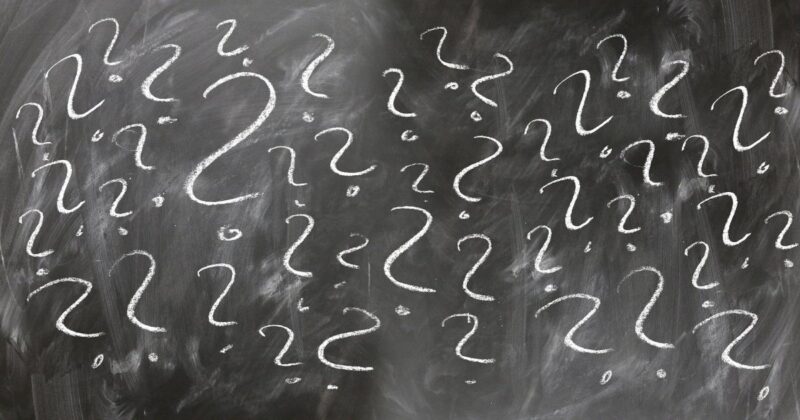 So, you’ve decided to take the plunge into dynasty fantasy football, huh?

Whatever your reasons may be, perhaps you’re asking yourself: how does dynasty fantasy football work?

Here’s an overview for you:

What is dynasty fantasy football?

Dynasty fantasy football is a format that allows you, the owner, to keep your fantasy football team together from one year to the next. Whereas in redraft leagues, you start each season with a clean slate, dynasty leagues allow you to keep your team intact and build through a rookie draft.

Dynasty leagues offer you the challenge of stringing together multiple successful seasons while avoiding a franchise slide into irrelevance. If your team is a winner, you can try to maintain that dominance by supplementing your team with rookies and veteran free agents.

However, if your team is a dud and you finish at the bottom of the standings, you have to try to build your way out by drafting the next wave of incoming stars and picking up some veteran free agents that might be able to help. It certainly isn’t easy to recover from a disastrous franchise outlook, so it’s on you, the owner, to prevent that from happening.

How do you start a dynasty league?

I won’t go into great detail here on how to start a dynasty league, because I wrote an article on that previously. But the main goal is to find a batch of owners who are dedicated to fantasy football and are willing to put in the time and research necessary to have a successful league. You have to have owners who not only are willing to commit to playing for multiple seasons, but who are also willing to participate in the offseason and not “take a break” after the season ends.

How many people do you need for a dynasty league?

Determining the number of owners you should have for a dynasty league comes down to two factors for me.

First, how deep of a bench do you want? Do you want to have really deep rosters with lots of talent? Or would you rather have shorter benches? It goes without saying that the more teams you have, the less talent there will be, thus the smaller the roster size you would have. But if you have fewer teams, you can afford to have deeper rosters, if that’s your cup of tea.

Secondly, I prefer quality to quantity when it comes to dynasty leagues. I’d much rather have 10 extremely dedicated and qualified dynasty league owners rather than 12, 14 or even 16 owners, many of whom are flaky and unreliable.

Remember: it’s important to have owners who can commit to multiple seasons and are willing to pay attention year-round.

How do you assemble a dynasty team?

I wrote another article on this which goes into greater detail. But essentially, to assemble a good dynasty team, you need to try to find the best players who are preferably still young. You don’t want to just go one-and-done and have to rebuild because all of your veteran players are retiring.

The key is to first decide if you’re going to play for the present or rebuild for the future. If you choose the former, you’ll likely trade draft picks and ship away younger prospects in order to accumulate players who can help you win right now. But if you choose the latter, you’re going to completely ignore the veteran stars who are on their last legs and you’ll ship them away to get your hands on prospects and draft picks.

As you assemble your dynasty team, just remember that it is better to trade a player one year too soon than a year too late. You don’t want to lose too much value by hanging on to a guy for too long. Try to get rid of him as he is still in his prime so you can accumulate plenty of young assets to help you reload your team.

When should you do a dynasty draft?

To answer the first question, the right time to make the leap to a dynasty league is when you feel you have enough competent owners who are ready to commit to such an endeavor. When you decide to switch from a redraft league to a dynasty one, you have to start fresh with a clean slate. Begin with a dynasty start-up draft. Don’t just declare after a random season, “Hey, we’re going to start a dynasty league and we’ll use our rosters from last year.” Teams probably drafted specifically for the current season without thinking long term.

As for the second question, some leagues like to hold their rookie drafts early in the offseason, perhaps as soon as the NFL Draft is over. I don’t like that. I prefer to wait until at least training camp, and preferably after the preseason to account for injuries. Yes, understandably, it is a dynasty league, so an injury to a young player shouldn’t necessarily alter where he gets drafted too much. Still, it might have some effect on where players get drafted.

How many rounds are in a rookie draft?

This is completely up to you, but I’ve seen drafts with as few as 3 rounds to as many as 6-8 rounds.

Do you want only the most qualified rookies who honestly have a chance to make some kind of NFL impact?

Or, would you rather keep selecting players who might not even make an NFL roster just to look for sleepers and other long-shot prospects?

It really comes down to how many teams you have in your league and whether it is even worth your time to draft guys who could be bagging groceries or working at Walmart within a matter of months.

How many keepers are there in dynasty?

There are “keeper” fantasy football leagues and there are “dynasty” fantasy football leagues. They are very much the same thing, used interchangeably. The biggest difference is that keeper leagues often set a limit on the number of players you can keep. Maybe it’s 3, maybe it’s 6, maybe it’s 9. But dynasty leagues will allow you to keep most, if not all of your players from year to year.

Again, this is definitely a matter of preference. Talk with your prospective owners and see what they’d like to do. A true dynasty league allows you to keep all your players, so you might choose to go that route.

Then again, I play in a salary cap dynasty league that allows you to sign players to contracts and when their contracts expire, they hit the open market again.

How does free agency work in dynasty?

There does not have to be much difference between a redraft league and a dynasty league when it comes to free agency.

The primary difference is that dynasty leagues often have very few available free agents. This is because roster size is often much deeper in dynasty leagues. Meaning: the “hot free agent pickup” in standard leagues might just be at the bottom of some other team’s roster in your dynasty league.

But the process for picking up free agents is generally the same. If you use an automated service, teams can sign free agents at will after the designated waiver wire claim period. This typically begins Wednesday morning up until kickoff.

How do trades work in dynasty?

When making trades in dynasty leagues, you have to be careful not to get shortsighted. I’ve seen far too many owners get overly aggressive while trying to play for the moment and really hurt themselves in the long run in dynasty leagues.

Dynasty league trades get particularly complex because draft picks are quite frequently involved. And how two different owners perceive draft pick value can vary to a great degree. It’s important to remember that what might be deemed as a fair trade in redraft leagues could be wildly unbalanced in dynasty leagues. Keep that in mind if you use trade analyzers or reach out to the experts to seek trade advice.

So, how does dynasty fantasy football work? It provides fantasy owners with a real-life experience of what it’s like to be a general manager and build a winning franchise. It changes your draft strategy, impacts trade values, and requires you to think beyond the current season.

If you find yourself stuck in the muddled middle, dynasty leagues even offer you the ability to “tank” and build for the future. It might not sound like the most desirable option because you have to sit through a painfully difficult losing season (or two). But entering rebuild mode actually can improve your fortunes and “right the ship.”

In order for your dynasty fantasy football league to work, though, you have to have dedicated owners who are intelligent and capable of assessing talent beyond the current season. Otherwise, you’re headed for a lopsided league that could flame out within a few years.