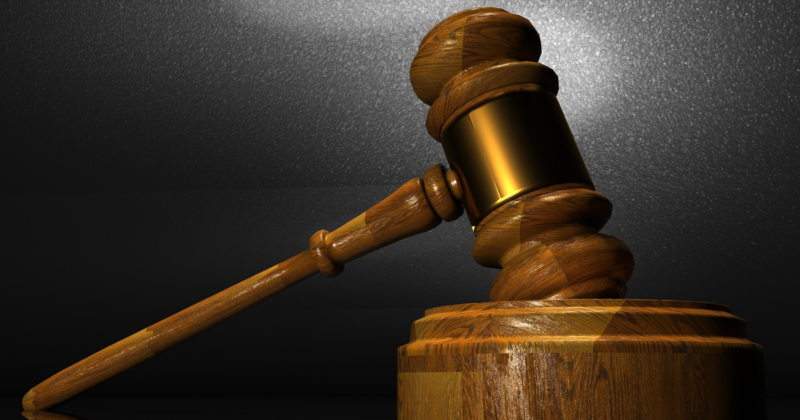 If you’ve already read my fantasy football draft strategy, you’ll know the importance I put in having strength in numbers. It’s no different for my auction strategy.

We’re looking for assets and lots of them. Would it be nice to have game-breakers like Antonio Brown and Julio Jones? Would we love to have workhorses like Todd Gurley and Ezekiel Elliott? Could we thrive from having ballers like Tom Brady and Aaron Rodgers?

You betcha. But you can also cripple the rest of your lineup by overpaying for them.

With this auction strategy, you’re going to accumulate talented players with great upside and you’re going to let the numbers game sort itself out by their play on the field.

Are you ready to start the bidding? Here’s how it works:

Let’s dig deeper into this auction strategy point by point.

For this strategy, we’re going to pretend we have to fill a 16-player roster and we have a $200 budget to spend at the auction. Remember this, for I’ll be referencing it throughout.

Begin with a socialistic even distribution of wealth

As a fantasy football owner, you know that you only have limited funds and a lot of roster spots to fill, so you can’t be extra aggressive on too many players, or else you’ll be left with scrubs riding your bench.

But you also realize that if you are not aggressive enough, that will leave you with a very deep roster of average to above-average players. And most teams don’t win their Super Bowl without a few elite players.

So, where’s the right balance?

Our first step is a simple one and uses a basic formula.

Take the total amount of spending cash your league allots at the beginning of the auction and divide it by the number of roster spots you need to fill.

This is your baseline number, but don’t worry, this is just a preliminary budget. We’ll be tinkering with the numbers in our next steps.

Fatten the wallets of the upper-class starters

Having 16 average players on your roster of about the same value is not going to win you a title.

First of all, average equals mediocrity. Average means a .500 record and an outside shot at the playoffs. Average means a pissed off wife or girlfriend angry at you for blowing your league’s entry fee when you could’ve used that money on a fancy date night (or three, if you’re a cheap-ass like me).

Secondly, you can’t play all 16 guys on your roster at the same time. You have “x” number of starters and the rest of your players ride your bench until you break glass in the case of emergency.

We don’t believe in socialism. We’re a capitalistic fantasy football organization, so we’re going to give more money to the wealthy (the starters) and take away some from the poor (the reserves) — because, let’s face it: the starters work harder, play better, and bring more success to the organization.

There is no exact mathematical formula or equation to this. Doing an auction is a lot like playing the stock market. You have to find good value and buy stocks — or players — at a low cost. And perhaps the biggest parallel between an auction and the stock market is the risk-reward ratio. The bigger risk you take, the bigger potential reward. The smaller the risk, the less powerful the reward.

I love kickers. I played the position for 10 years and I have a special fondness for them.

But their value to me (in fantasy football terms) is like pawns on a chessboard. They’re like bums on the side of the road holding out a crumpled paper cup asking for spare change to go buy booze…

Kickers are a dime a dozen. There are tons of good ones and there is very little difference in point total from the best kicker to the 12th-best one.

Therefore, there is no need to spend $20 on a starting kicker. I wouldn’t spend more than $1 on one. That frees up $19 to be divided amongst your other starters. You can even do this with your backup kicker — although I don’t recommend you draft a backup anyway.

We won’t allocate that $19 just yet. That’ll be combined with the next step.

Our fantasy football team is a lot like Mexico or Canada … we’re not really interested in our defense budget.

Similar to kickers, although not as drastic, there are a lot of serviceable defenses out there that should not break the bank. You can free up a lot of cash by significantly cutting down how much you allocate to your starting defense.

I would suggest going down as low as $5 on your starting defense, but for the sake of using round numbers in this example, let’s say you allocate only $9 to your defense. That saves you $11 from the previous $20 that we said we would allocate to each of your starters.

So, remember that $19 we saved from our starting kicker’s budget? We’ll add that to the $11 we’re saving from our starting defense’s budget, and voilà! We have $30 extra to spend on our six remaining starters.

Hmm … what to do with that extra $30? Let’s divide it evenly among the six remaining starters. So, $30 divided by six players is $5 each.

Remember, we started with $20 allocated to each starter, so we add that extra $5 and that gives you a new budget of $25 for each of your six non-kicker and non-defense starters.

$25 gets you a little closer to affording some premium players, but we’re not quite there yet.

Buy low on your quarterback’s stock

When you play the stock market, you have to buy low, or at least buy at what you perceive to be a value.

And, unfortunately, top quarterbacks are not good values because they’re certainly not bought low in auctions.

Quarterback depth, at least from a fantasy football perspective, has never been stronger. You can get an equally productive quarterback to most of the other teams in your fantasy league by waiting for a good value late.

But unlike the other owners, you’re not going to overpay for yours.

Let’s drop our starting quarterback allocation from $25 to $10. That extra $15 can now be divided amongst your five other starters (remember our example: 8 starters minus the kicker, defense, and quarterback leaves you with five more starters).

For the purposes of this example, let’s divide the $15 you’re saving from your quarterback budget and distribute it evenly amongst the five remaining starters ($3). Add that $3 to the $25 you were previously allocating to them and that gives you $28.

Let’s stop and take a break at this point to analyze where we’re at with our budget. Our $200 budget should be divided as so up to this point:

Not too shabby, but we can find even more cash to use to land better players. Let’s dive deeper.

Tighten your End … er, his budget

We’ve seen an increase in tight end production in recent years. Rob Gronkowski once upon a time was in a class of his own. But due to injuries and aging, he’s slipped down and Travis Kelce and Zach Ertz seem to have emerged as the cream of the crop. But with those exceptions, no other tight ends are worth spending $28 on, so we can free up more cash by reducing that allocation.

Let’s reduce that $28 to $16 (although, you could even find a comparable tight end for even less, pending on how things are going in your auction), freeing up an additional $12.

Divide that $12 by the other four starting positions and that gives you an extra $3 to spend on them, bringing their total from $28 to $31 each.

Can you have a rock solid team by spending $31 each on your two running backs and two wide receivers while finding good value at quarterback and tight end? You betcha.

Reallocate funds as you go

No auction ever goes as planned, so you have to be flexible with your strategy and your budget.

Let’s say there is a running back you really covet and you wind up spending $40 on him. That’s $9 more than the $31 we allocated to that position in the above example. That takes away $9 from somewhere else in the budget. You can take $3 away from three other positions and suddenly you’re back on track with a new budget.

As the auction goes on, continue to find great value and look to spend less than your budget allows. This will give you a boost in revenue to spend in other areas if you find yourself chasing a player whom you covet.

Some of you might be thinking, “Hmm, $5 is not much to spend on reserve players.” And if that’s the case, go ahead and lower how much money you allocate to your starters (back in Step 2) and you’ll find more money for your reserves.

However, the benefit here is that the majority of fantasy football owners overspend early in auctions. They see players flying off the board and they get nervous and panic. If you practice patience, you can find some quality steals later in the auction, get players for small amounts of cash and free up even more money to spend on starters.

One strategy to do is nominate backup players early and get other owners to overpay for them. (Just don’t nominate any player you wouldn’t take for $1, lest you be shocked when nobody bids on your nomination and you get stuck with that player).

Make sure you assess your budget after every player you acquire. If you don’t, you’re going to wind up like all too many fantasy owners who find themselves toward the end of the auction with just $12 to spend on 9 players.

Doing it by hand can be both cumbersome and leave you susceptible to errors, so you might want to look into a spreadsheet or some online budgeting tool.

If you’ve been in an auction before, I know that you know how intense the bidding process can be. Especially for the best players in the league. Star players are shiny objects and we all like the glitz and glamour that come with them. But don’t even think about overbidding on them because it’ll set you back in almost every roster spot for the rest of the auction.

I also know that you know how boring the auction can get if you’re just sitting there watching other teams accumulate players. But what happens in those situations is that you rarely are watching those team’s budgets as they’re accumulating said players. And because you’re not paying attention to their budget, you can’t see how their funds are rapidly diminishing and they won’t be able to keep up with your bidding for most of the rest of the auction.

For example, if you resist the allure of the Top 25 players in the league, you can stack your roster with players from 26-75 because you’ll have far more funds than anybody else.

“But what good is it for me if I don’t have a star player?”

I have a better response for you: “What good is it to have a star player or two who take up 40% of your team’s budget and either get hurt or underperform?”

Good luck to you and remember to practice patience and discipline!